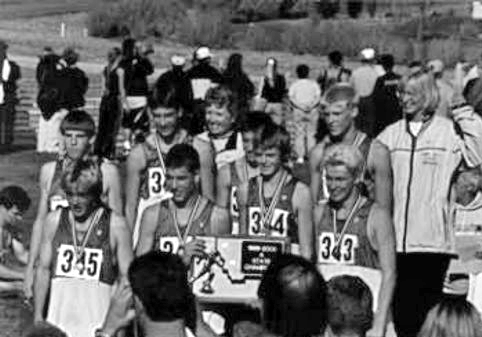 Coach Mindy Harwood said that she knew it would be a close race. “I was expecting a very strong challenge,” Harwood commented. Browning beat the Pirates early in the season by 40 points, but Polson also defeated Browning by two points at another point this season.

The scoring system works in a way with the lowest number of points winning. Whatever the place the runner finishes, that’s the number of points they receive. The top five runners make up the team’s score. 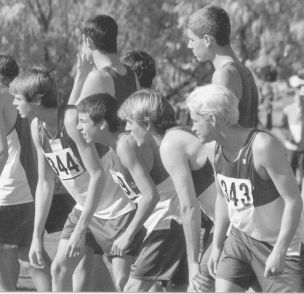 Engebretsen won with a record time of 15:40. “I felt Dain was a strong challenger,” Harwood said. Engebretsen broke the PHS record formally held by Kyle Wies, who is currently a runner for the University of Montana.

Freshman Fritz Friesz came in just behind at 16:17.

Junior Kendall Harwood was ranked 23rd and wound up 15th with a time of 16:36. Coach Harwood added that he beat kids he’d never beaten before.

Nathan Friesz, junior, got 26th with a time of 17:08. “Nathan Friesz came through with the best race of his life to seal down the victory,” Harwood added.

Other Polson boy winners included Stephen Pitts, junior, who placed 44th with a time of 17:30. Junior Nathan Ofstad was 74th at 18:21. “We got good races from everyone,” Harwood said.

Harwood said that her reaction to the win was ecstatic. “That was one of the best days of my life. I was so happy for them,” she says.