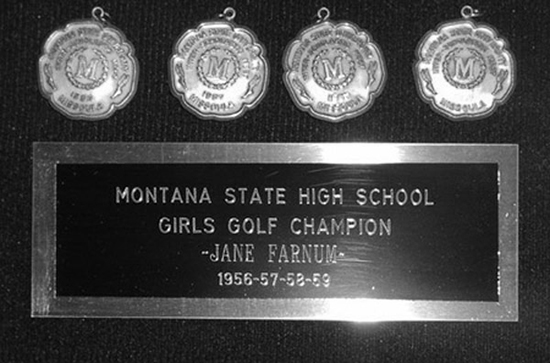 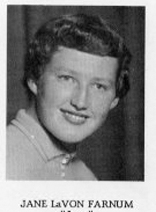 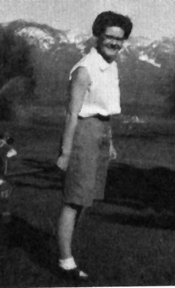 In girls’ competition, Jane Farnum of Polson, last year’s winner, repeated her performance and took the crown with an 18-hole total of 85. Miss Farnum shot a 42 on her opening round and a 43 Saturday.

In second place was Danny Lipp also of Polson 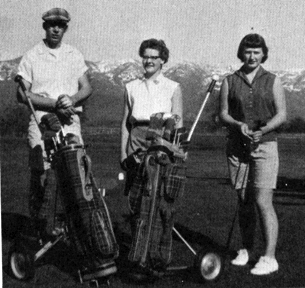 Bernie Overland of Billings took first place in the boys’ division of Interscholastic golf competition and Jane Farnum of Polson repeated in the girls’ division here Saturday. Farnum was first with an 18-hole total of 92. She was followed by Danette Lipp of Polson with 93. 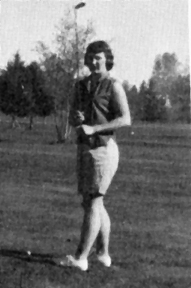 Miss Farnum copped the championship with an 18-hole total of 86. Another Polson girl, Danette Lipp, finished third with a total score of 91.

Jane Farnum’s Interscholastic girls’ golf victory was her fourth straight, a record for all-time girls’ play. Jane is a senior graduating second highest in her class as well as playing super-golf on the links.