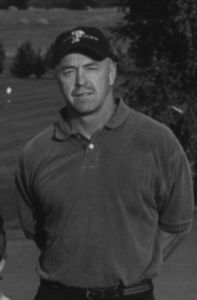 Mr. Bill Owen began teaching and coaching in the Polson school system in 1976-77 school year. He assumed the duties of head golf coach in the early 90’s. His boy’s team won a State Championship in 1996 and his girls team accomplished the feat in 2005, 2011, 2012, and 2013. These were the first team golf championships for the boys and girls in the history of PHS. Mr. Owen was awarded Coach of the Year honors by the Montana Coaches Association for his efforts in each of those years. His program produced three individual state champions, Jeff Dooley in 2000, Kyle Duckworth in 2002, and Jen Orchard in 2004. This is probably one of the hardest individual championships to win in high school sports, considering there is only 1 each year from a sizeable group of competitors. Owen has also been an assistant in the wrestling program at PHS since 1976-77. The wrestling team has won two state titles during this time.